Well, not really. We were and are just busier than I can explain, or than I have time to explain. 14 hours or work/day aren't enough as we're now working on our own projects in parallel with the game projects that we call work -= but we actually love doing as well =- and that help us fund our quests.

Apologies to whom passed by and many thanks to everyone who gave us a message to ask where the new comic is 🙂 .
Above all, thank you for the support, be it of any nature, we greatly appreciate it 🙂 .
- Vivi

This is a dedication to our friends at FGL. I don't believe these wonderful PANIC and DESPAIR ! adrenaline pumping moments could have existed without you.

"I don't lie." Of course not. All of my project files deleted themselves.
They do that from time to time.
- Vivi

A few days ago, there was a game some of us may have believed it would have been "The Match Of The Century". It was not, and we've seen better dancing.

For some real sports, look for mister Julio Cesar Chavez Gonzalez.
Have a beautiful day !
- Vlad 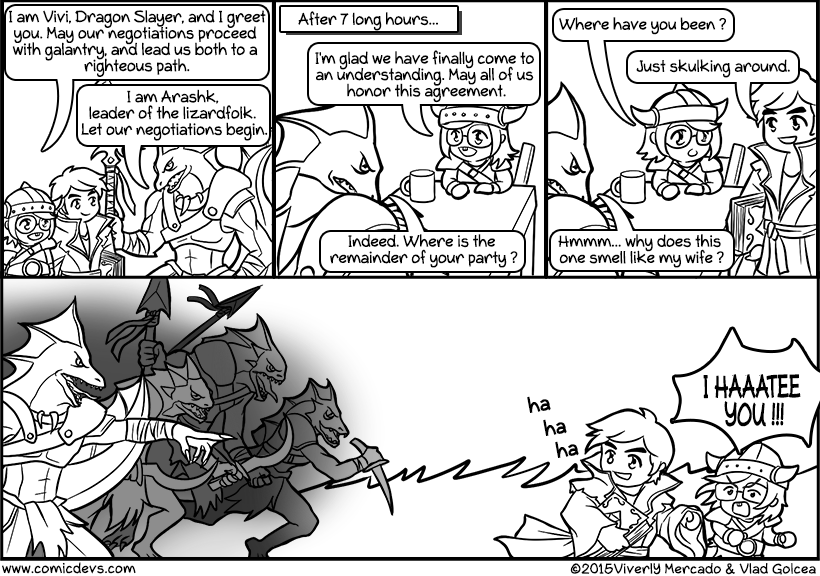 2015/04/24 - DnD
I love D&D. The simple fact that I can play whomever I desire and do whatever I wish to do gives me goosebumps. What normal person wouldn't ? and from a futuristic perspective, after the chieftain dies, the wife takes over, so it's good thinking. The strangest part is that I went to bed without dinner that day - in real life. Grounded. 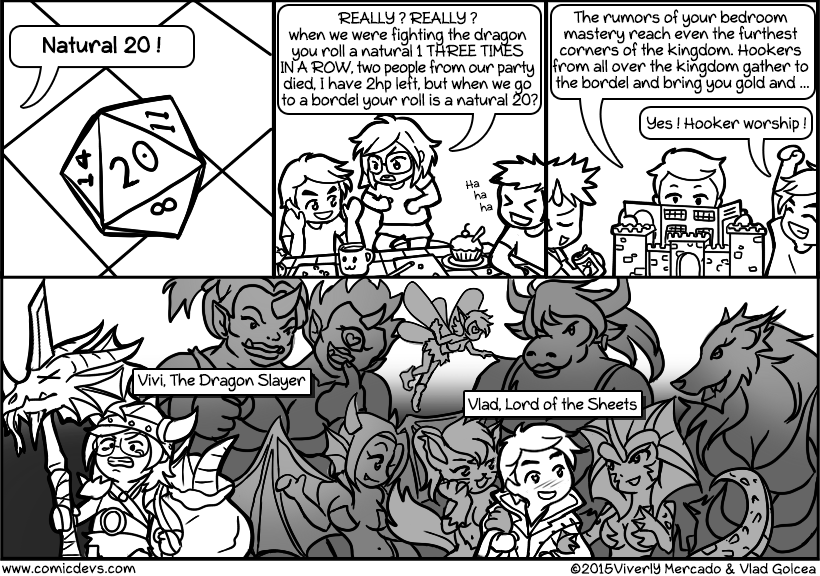 D&D, and why you should love it. Or hate it. Or love to hate it. We're fighting dragons, elementals, while he's rehearsing his lines : "Countess, your prowess and beauty has mesmerized the lot of us all. If you may allow me to..." . SLAY THE DRAGOOOON !!!